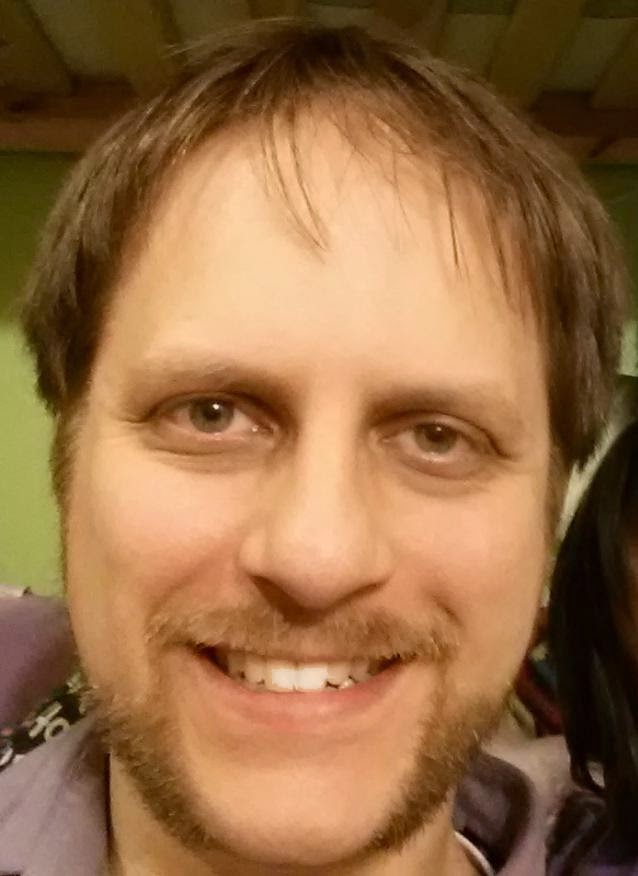 Paul is thrilled to be part of Hello Earth's 2014 season, his fourth, having played Lt. (Captain) Kevin Thomas Riley in “The Naked Time,” Elias Sandoval in “This Side of Paradise,” and Vanderberg in “Devil in the Dark,” each one the hapless antagonist of their respective episodes. He's not really an engineer, but he plays one in real life.


What do you think of Outdoor Trek so far, and what are you looking forward to about the upcoming production?
I look forward to Outdoor Trek every year, and I count myself lucky to be involved with it. I enjoy innovative way the company adapts the scripts, and makes sense of sometimes strange writing. What I look forward to most, though, is making new friends and reinforcing old friendships. Every Hello Earth show I’ve been in has teamed me up with terrific people whom I’m proud to know.

What cool things do you do in your life outside of Outdoor Trek?
I am involved in improv theater and I play tabletop roleplaying games, two activities that have a lot of overlap. I have two kids, a big extended family, and a fantastic girlfriend all of whom keep me busy, happy, and balanced. Work is… work, but it involves keeping lighting from taking airplanes out of the sky, so it counts as cool.

What history do you have with theatrical productions?
I started out at a Lost Boy in Peter Pan in 4th grade and I’ve done maybe a dozen different shows in total. I had a long gap between college and Outdoor Trek, and I’m glad it’s over, since like Lt. Riley I clearly have the bug. Between Hello Earth shows, I’ve been adding to the improv theater I learned in college by taking classes through Unexpected Productions, and getting together with an amateur group to practice.

What history do you have with Star Trek?
I remember my dad watching the original series on Sundays when it was in syndication, and I enjoyed the animated series quite a bit. I remember being excited when Next Generation was announced, and my family got together to watch it for years. Thanks to Netflix, I’ve caught up with just about every episode of each of the series, and I’ve read a number of novelizations. The one thing I haven’t gotten into has been the fan-made projects. Playing Scott in Mirror, Mirror has put actual technobabble in my mouth for the first time in an Outdoor Trek show, and I have a new respect for the actors who had to spout it for years and years. Poor LeVar.

What excites you about the future of mankind?
I’m excited about increasing automation. I believe increasing automation will make our lives safer, most notably with self-driving cars, and free us up to engage in other activities, even if it’s just catching up on sleep.
By Hello Earth - July 18, 2014