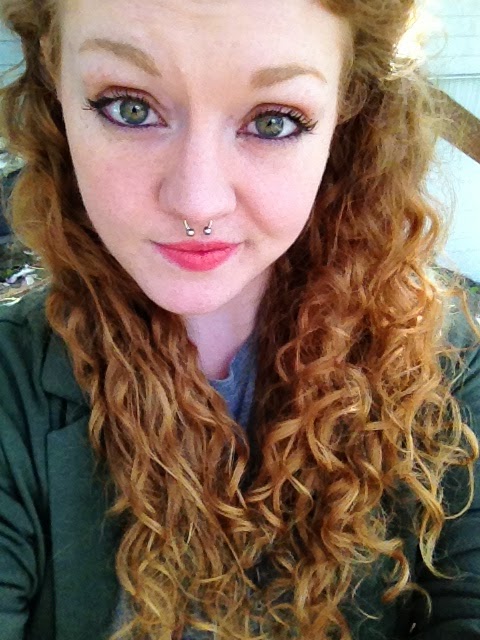 
What do you think of Outdoor Trek so far, and what are you looking forward to about the upcoming production?
It is so awesome to get to work with smart actors who love nerdy stuff as much as I do. I love getting the chance to dissect these characters and this story with passionate, hilarious people. I am particularly looking forward to getting in the park, seeing the space, and adding in props like the transporters and phasers!

What cool things do you do in your life outside of Outdoor Trek?
Right now I'm studying psychology and law and justice at Central Washington University. I'm interested in the neuroscience of habits, intention, and motivation in particular. Health and fitness is also very important to me - I teach step and strength classes at my gym, and after running two half marathons, I'd like to try to run a full one this year. Of course, I do like chilling out, reading, knitting, and binge-watching Netflix as much as the next person.

What history do you have with theatrical productions?
I've been performing since I was nine years old. Throughout junior high and high school, I mainly did musical theatre (I'm a singer who acts), with a few straight plays and Shakespeare thrown in the mix. Favorite past roles include Marian (Music Man), Chiffon (Little Shop of Horrors), Hermia (Midsummer Night's Dream), Annie (Chicago), and the title role of Peter Pan. I studied for a year at Cornish College of the Arts as well. I also enjoy stage managing. Currently, I'm not interested in pursuing theatre as a career, which gives me the freedom to just do projects that are interesting and fun.

What history do you have with Star Trek?
Star Trek: The Next Generation was the only TV show my parents watched regularly, and my little brother and I watched it with them. I watched Voyager as it aired, one of the few shows I watched live all the way through, and I even made it through the first two seasons of Enterprise before I couldn't take it anymore. Voyager is my favorite series because I'm a sucker for strong female characters, terrible writing and inconsistent plot lines aside. I love the philosophy behind the whole universe of Star Trek because of its incredibly optimistic view of humanity.

What excites you about the future of mankind?
I think we are at a very interesting point in our history in that we've made huge breakthroughs in science and technology, but we haven't yet thought through or fully realized the implications of what we've begun. Star Trek provides a very positive example of how mankind could mature through this technological adolescence (to borrow a phrase from Carl Sagan). I'm interested in how we can use science and technology to help us make positive, healthy choices as individuals, and also in how we as a people choose to let science and technology control our lives. Being alive at this time causes me some anxiety about the future, but I also find it exhilarating and motivating.
By Hello Earth - July 05, 2014