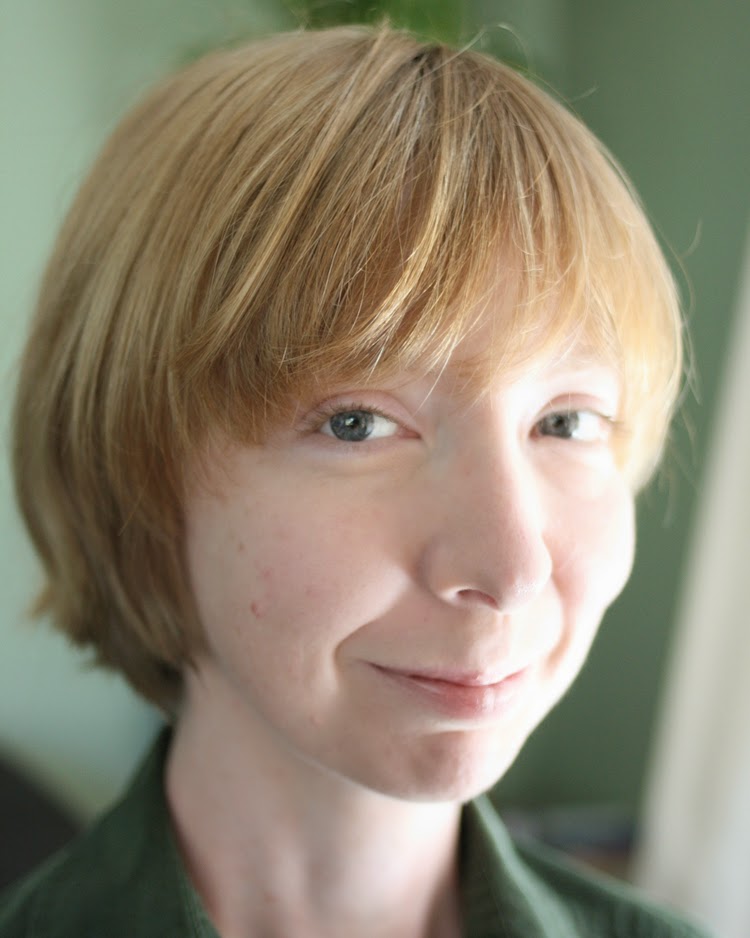 Kris Hambrick is delighted to be able to appear in her fourth episode with Outdoor Trek. She swears she did not cast herself as Kirk, but she's pretty darned glad about it anyway. The only thing she has in common with William Shatner is that Spock gets all the attention, but who can blame anyone for that? She thanks everyone who's let her play in this sandbox.


What do you think of Outdoor Trek so far, and what are you looking forward to about the upcoming production?
Okay I've been really busy so this production is no longer "upcoming." However! I've been really excited to tackle one of the iconic episodes of The Original Series. While we've done some really awesome episodes, we haven't taken on the ones that most people have strong feelings about or associations with. So I'm excited to see how people respond to an episode that has so much weight in pop culture done by other people. Also, Spock in a beard is priceless.

As for what I think of Outdoor Trek so far, well, I'm still here five years later and I'm not done yet.

What cool things do you do in your life outside of Outdoor Trek?
I shoot lasers. I command the stars. Basically, I could take over the entire universe if we had the equipment. Actually I do planetarium shows at Pacific Science Center and am a sometime laser artist there and I think both of those things are pretty cool. Also I talk way too much about Star Trek and comics. (Obviously cool.) I don't actually have a life outside Outdoor Trek for about half the year because I'm producing/acting/costuming/etc so you should ask me this question in a few months and maybe I'll have something.

I also like really old movies and going to the zoo and thinking every animal is the cutest. I live with a good cat, an evil cat, and the sweetest dog in the universe.

What history do you have with theatrical productions?
I've wanted to be an actor ever since about fifth grade. I'm not even sure why. When I was a kid, I put on shows for my parents based on Doctor Who or Sherlock Holmes. I was always the Doctor or Holmes. This basically makes everything else in my life make sense.

Anyway, here in Seattle I've played a surfer chick with MPD, Puck, the ghost of Christmas Future, and a few teenage boys. It's a niche, but at least there is one for people like me!

What history do you have with Star Trek?
I watched TNG, growing up. I was 8 when it came out, and I loved it. I wasn't able to get past the beginnings of the subsequent shows, and I have very distinct memories of seeing "A Piece of the Action" when I was 7 and wondering why people in the 60s were so stupid and easy to entertain. (I was a lot more serious, as a child. I also thought the Adam West Batman was dumb. Boy was I blind!)

Fast forward to 2005, and Shatner's album "Has Been." Specifically the song, "It Hasn't Happened Yet." I fell in love. With this weird version of humanity as typified by Mr. Shatner. I decided I needed to understand him better, so I started watching ST: TOS. This is the sort of thing which, apparently, leads to forming theater companies. I can't really explain it.

What excites you about the future of mankind?
The future as envisioned by Roddenberry et al is not realistic. They showed us something to strive for, without having to explain how we'd get there. I think that's okay, because right now? I can't imagine living at any other time. We have tremendous problems to solve. And yet, I cannot think of anyone who'd be better off in a previous life. The world is rife with problems, but also with opportunity. We live in a world where minorities have it better than ever before. Our work is not done, nor will it ever be. What's beautiful is that so many people realize that, and keep working.

Also I'm really excited for the time when everything looks like it's from the early 60s. That's gonna be awesome.
By Hello Earth - July 25, 2014