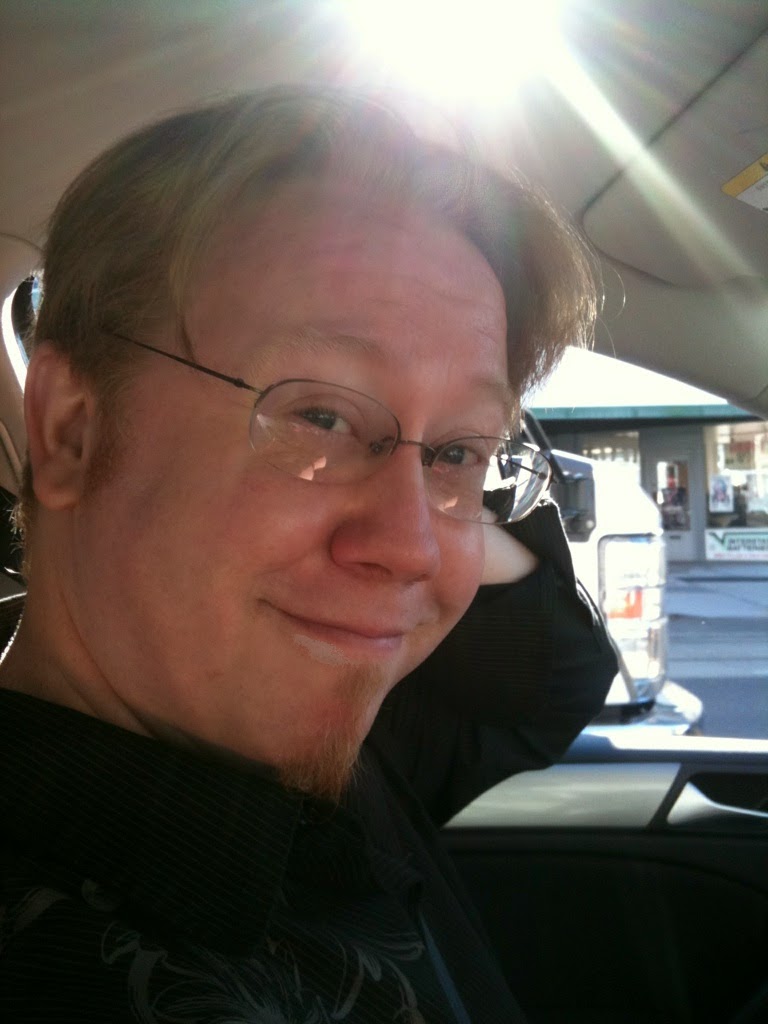 Playing two roles in “Mirror, Mirror,” Eric Cagle portrays the pacifist Tharn and the thuggish brute, Farrel. Eric is an actor that enjoys having his brain split between two opposing roles. It’s even more fun at cocktail parties.


What do you think of Outdoor Trek so far, and what are you looking forward to about the upcoming production?

I was cast and ready to do Outdoor Trek last year, but family issues came up and I had to bow out. I was excited then and I’m doubly excited now! I’m going to be playing two parts, neither of which are “canon” characters. This means I can play and have fun developing these characters without worrying that it’s not a carbon copy of what happened in the original show.

What cool things do you do in your life outside of Outdoor Trek?

I'm a game designer, writer, and maker of apps. I’m busy in the world of tabletop and roleplaying games. I do improv comedy from time to time, cook for my amazing sweetie, and spend most of my time wrangling a puppy that insists on doing EVERYTHING for 26 hours a day.

What history do you have with theatrical productions?

I came to theater from a sideways slant. Most of my work has been done reproducing historical, spiritual, and even ritual plays. I’ve portrayed several Greek and Celtic gods, gone to the Underworld (metaphorically, of course) and even got to play a singing Satyr in a recreation of Aleister Crowley’s metaphysical plays. Oh yeah, and I’ve done more than my share of Improv (Jet City Class of 2012!).

What history do you have with Star Trek?

I've always been a fan of the show and orking in the "geek culture" of gaming, I've constantly been surrounded by Sci-Fi in all its forms. It always cracks me up when people ask the inevitable "Star Trek or Star Wars" question. I’ve actually written several books for the Star Wars universe, but Star Trek has always held a special place in my heart.

What excites you about the future of mankind?

That even when things look bad, we somehow figure out a way to overcome. Oh, and humor. If we can keep poking fun at ourselves, we’ll do ok.
By Hello Earth - July 01, 2014